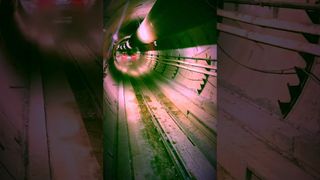 Elon Musk’s The Boring Company has shared a video of a Tesla Model X test drive, giving us a first look at how the company’s underground L.A. tunnel will operate.

Musk announced in May that the tunnel was almost complete and that, pending regulatory approval, The Boring Company would be offering free rides to the public in a few months.

First Boring Company tunnel under LA almost done! Pending final regulatory approvals, we will be offering free rides to the public in a few months. Super huge thanks to everyone that helped with this project. Strong support from public, elected officials & regulators is critical to success. As mentioned in prior posts, once fully operational (demo system rides will be free), the system will always give priority to pods for pedestrians & cyclists for less than the cost of a bus ticket.

However, cars won’t be the only thing zooming through The Boring Company’s tunnel. Musk has previously stated that it will prioritize public transit over private transportation, sharing a video back in March of what he expects the system to look like.

Better video coming soon, but it would look a bit like this: pic.twitter.com/C0iJPi8b4U

Watch the video above and let us know what you think of the test drive in the comments below.

In other news, Elon Musk’s The Boring Company flamethrowers have arrived.

The First Tesla Model Y Deliveries Are Rolling Out Across the US
DesignsponsoredMarch 16, 2020