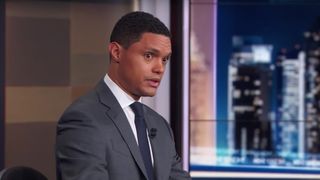 In a brief segment of The Daily Show With Trevor Noah, the host offered his two cents on the ongoing Drake vs. Pusha-T beef, which recently saw King Push go nuclear in response to Drizzy’s “Duppy Freestyle” with “The Story of Adidon.”

For more of Noah’s comments, check out the video above. And if you’ve yet to hear the “The Story of Adidon,” stream it below.

Just in case you’re not clued up by now, we’ve got the full breakdown on the Pusha-T vs. Drake beef right here.

Dapper Dan Opens Up About Finally Being Recognized by Big Fashion Houses
StylesponsoredJuly 22, 2019