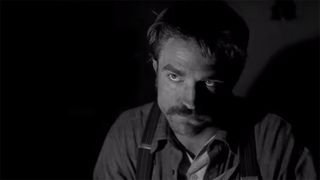 A24 kicks off the week by sharing the second trailer for director Robert Eggers’ much-anticipated The Witch followup, The Lighthouse. The film stars Robert Pattinson and Willem Dafoe as two lighthouse keepers living on a mysterious New England island in the 1890s.

In the second trailer for The Lighthouse we get a taste of just how nerve-wracking being cooped up in a lighthouse can be. The clip begins as Pattinson’s Thomas asks Dafoe’s Ephraim about the former lighthouse keeper, to which Ephraim informs that he went mad. From there, the two can be seen staring at each other in a shared bedroom, simply going back and forth asking each other “what?.”

The Lighthouse serves as Robert Eggers’ sophomore feature film following 2015’s The Witch. He co-wrote the script with his brother, Max Eggers. You’ll be able to catch The Lighthouse in theaters October 18.