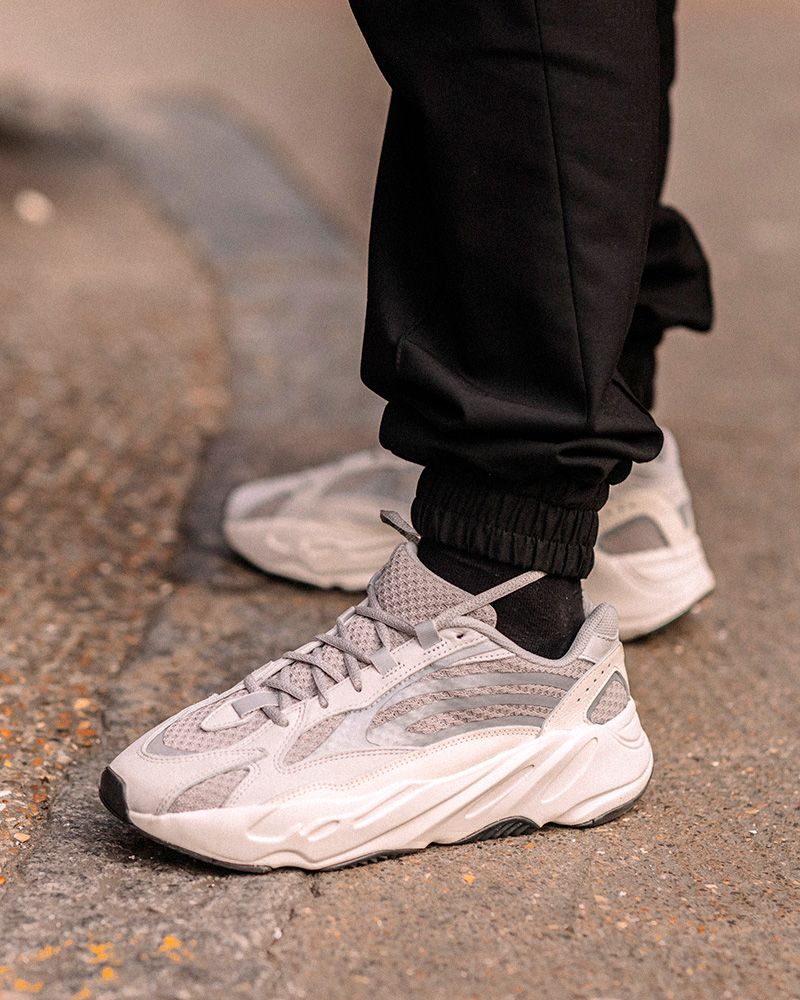 The first brand to collaborate with West in the creation of Yeezy was A Bathing Ape, creating the Dropout Bear Bapesta in 2006.

West then went on to collaborate with luxury brand Louis Vuitton in 2009, creating three different silhouettes named after notable people in his life.

From the period of 2009 until 2013, Kanye collaborated with Nike to release two silhouettes (three sneaker styles) before parting ways over disagreements about royalties.

Kanye turned to adidas, who agreed to provide royalties for new Yeezy styles and amalgamated in the introduction of the Yeezy Boost 750; becoming the ultimate sneaker hype in 2015.

Since the start of the ongoing Yeezy x Adidas collaboration, the sneakers have attracted much attention with every new release – particularly with limited quantity items such as the Yeezy Boost 350 V2 “Zebra,” which had a resell price of $1,600 before dropping back down to $550 after restocking.

Show
What are the 2019 release dates for Yeezy?

Between January and August 2019, there have already been many different styles of adidas x YEEZY sneakers that have been released, with another two pegged to be released in September; adidas Yeezy Boost 350 V2 and adidas Yeezy Boost 700 Hospital.

Show
How can you tell if your Yeezys are fake?

On real Yeezys, the heel tab is placed much closer to the ankle collar than in the fake sneakers. Furthermore the black stitching going up the middle of the midsole is unique on the real Yeezys, usually an organized corresponding square and “X” pattern that is different to most of the unauthorized sneakers and their more archaic stitching.

Most writings on unauthorized soles are white and in the opposite direction to that on the real pair, with further discrepancies visible in more stitching and size tags.

Show
Where can I buy Yeezys?

Physical retailers supplying Yeezys include Footlocker, Champs, Finish Line and of course adidas. The adidas app is also recommended for people in cities such as Berlin, London, Milan and various US cities such as New York and Chicago, although it is rumored that the app will soon transition away from a standalone experience into the larger portfolio of adidas App services.

In terms of resales, StockX has taken a large precedence in offering a proxy service for buyers and sellers that verifies products and makes sure to vet inauthentic items.

Show
How much are resale prices for Yeezys?

Resale prices typically vary depending on the silhouette and condition of the item, as well as the original release date and the general hype surrounding the sneaker. One of the most expensive resale prices are for the Nike Air Yeezy 2 Red “October,” with the average resale price on StockX being at €4,144 and ranging up to €12, 611.

The “Red October” is an extremely small special edition run; the included combination lace and Velcro fastening system and an all-red aesthetic make them stand out.

Collaboration between A Bathing Ape and West begins.

Collaboration between Louis Vuitton and West.

Collaboration between Nike and West begins.

Collaboration between Nike and West ends due to dispute over royalties.

Collaboration between adidas and West is dropped with the first sneaker, causing massive hype internationally and online that continues until today.

Kanye West Gives Us a Look at Some Unreleased YEEZY Designs
DesignsponsoredAugust 9, 2020

One of Kanye’s Most Popular YEEZY Boosts Is Reportedly Re-Releasing
SneakerssponsoredJuly 16, 2020