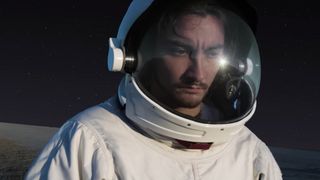 Towkio dropped his debut album WWW. in February, and a notable single from the 13-track playlist is his collaboration with R&B singer SZA titled, “Morning View.”

MORNING VIEW ft @sza OUT NOW !! LINK IN BIO. Everyone go follow the 2 geniuses that help me put this together @toobusytodd & @nemperez . Comment below and tell me what you think!! EUROPE NEXT WEEK?

The Chicago rapper just premiered the corresponding music video for the aforementioned track, and it showcases Towkio alone on the moon, in what seems to be a failed space mission. Directed by Todd Barrett and shot at the Los Angeles YouTube Space, the visuals evoke a cinematic experience, as the interstellar setting emphasizes that what’s keeping Towkio alive is his love waiting for him back on Earth, however, there’s a twist at the end of the clip.

Enjoy the dramatic video above, then after, listen to John Mayer’s “New Light” co-produced by No I.D.

YG Apologizes to LGBT Community: “My Old Views on Life Were Ignorant”
MusicsponsoredJanuary 2, 2020