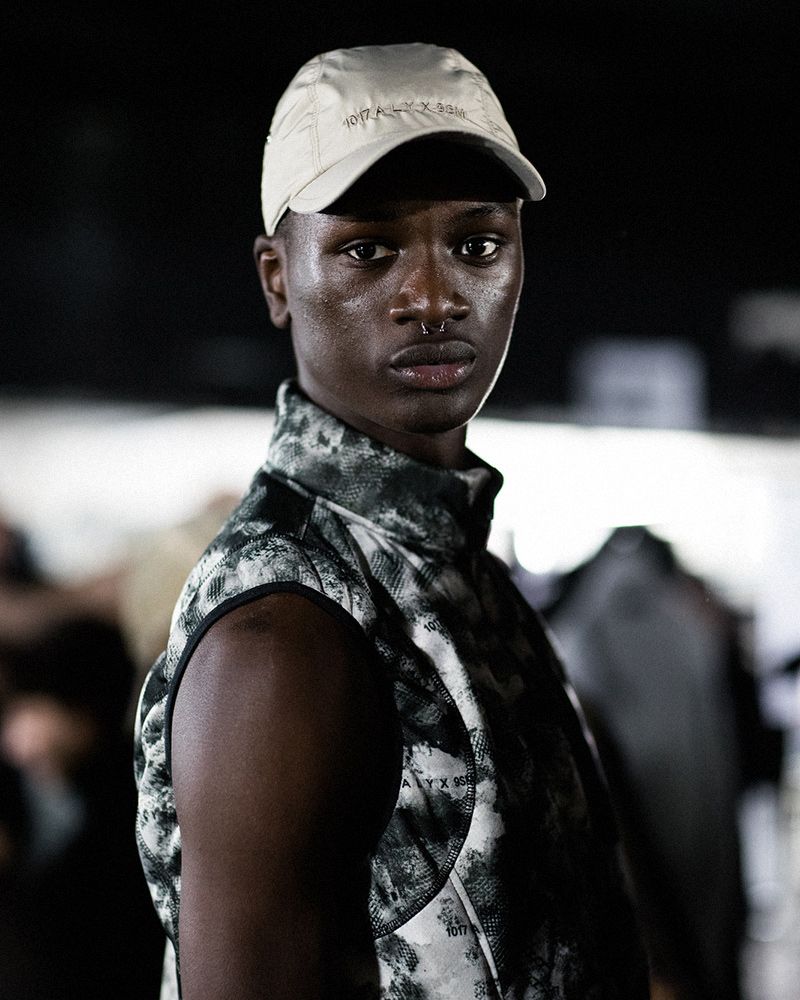 1017 ALYX 9SM (formerly Alyx clothing) is an American clothing brand and the brainchild of Matthew Williams, which since launching in 2015, has firmly cemented its position at the cutting edge of the international fashion scene.

The label’s innovative designs marry luxury streetwear with high fashion and leatherwear, taking cues from California and NYC skate, punk, and club subcultures from Williams’ youth – with an edgy spin on utility and safety.

The ‘aggressively elegant’ label 1017 ALYX 9SM started out with womenswear, later adding menswear in 2017. (But the first official menswear pieces saw the light of day already in a commissioned capsule collection for Hiroshi Fujiwara In 2016).

The brand 1017 ALYX 9SM has become synonymous with its usage of advanced technical fabrics and industrial statement accessories, with Williams’ ingenious rollercoaster buckles (inspired by a trip to theme park Six Flags Magic Mountain), spawning a string of trend-setting, must-have accessory drops such as the hyped 1017 ALYX 9SM bracelet.

What are 1017 ALYX 9SM signature pieces?

The 1017 ALYX 9SM signature rollercoaster belt didn’t evade anyone or the stylish Berlinesque harness. And everyone clocked the ALYX Chest Rig Bag draped across Kanye West, whilst Bella Hadid has been seemingly inseparable from her ALYX Cross Body Bag.

This has earned the label a slot at Paris Fashion Week and Williams a coveted 2016 LVMH Prize finalist nomination. Williams also counts notable collaborations with Moncler, Nike for the MMW Technical Runner, and Dior Men (creating accessories for Dior’s SS19 collection), with accolades hailing all around. Suffice it to say, 1017 ALYX 9SM has come into its own and rightfully so – independently of the designer’s own star-studded past.

Who is Matthew Williams?

Matthew Williams is an American fashion designer who started out in the music industry, working with Kanye West in 2008, and later famously as Lady Gaga’s creative director. (Williams was also working on a Gaga costume design from a sketch by Alexander McQueen shortly before he passed away in 2010.)

In 2011, Wiliams quit his job with Gaga and moved to London, teaming up with legendary fashion photographer Nick Knight. He would later go on to set up social media phenomenon/DJ collective Been Trill with Virgil Abloh and Heron Preston before starting 1017 ALYX 9SM, which “marks the beginning of finally doing my own thing.”

Williams is also big on sustainability, dropping the ALYX Visual diffusion collection made from entirely upcycled cotton from pre-used clothing in 2018 and revealing a blockchain-powered pilot program in June 2019 in an attempt to tackle supply chain transparency.

The First 1017 ALYX 9SM first ever menswear pieces were showcased during the Hiroshi Fujiwara show as a collaboration.

The 1017 ALYX 9SM brand’s AW19 collection is out, featuring a monochrome color palette throughout.

Chunky Swoosh Hero Chains’ collaboration with Nike dropped in February 2019, selling out in a split second with a hefty price tag of $627

1017 ALYX 9SM teamed up with Moncler on an outerwear collection.

1017 ALYX 9SM and Nike team up once again on a much-hyped Zoom 005 slide, part of the brand’s SS23 collection presented at Milan Fashion Week.

Sponsored Story
10 Wild Accessories to Make a Statement With This Winter
StylesponsoredJanuary 18, 2023

Here’s Where to Cop the ALYX Audemars Piguet in Rose Gold
AccessoriessponsoredJuly 30, 2021

Need a New Coat? Get Started With the Best Coats on Sale
StylesponsoredDecember 3, 2019