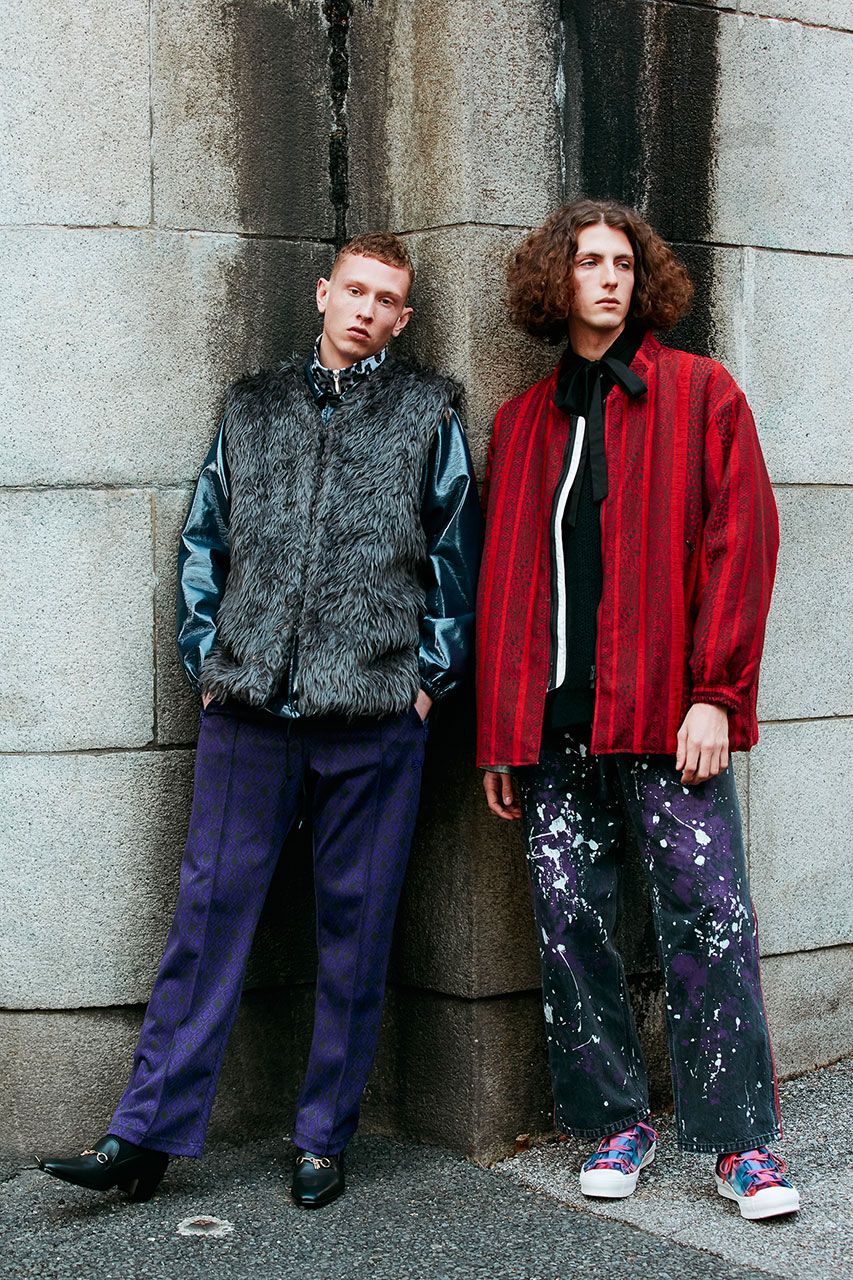 When was the Needles clothing brand founded?

Where is the Needles clothing brand based?

Who is the founder of the Needles clothing brand?

Needles is a Japanese fashion brand founded by Japanese designer Keizo Shimizu in 1997. It was to complement the product range in his independent NEPENTHES boutique store. Needles clothing designs take elements from casual American influence, such as outdoor-, and workwear clothing, mixing them with a more traditional Japanese fashion to create a unique look.

“Leave it to an outsider to add new wrinkles to classic Americana and old Western styles,” that’s what Shimizu has done ever since starting the label with just one piece in 1997: a loose-fitting suit jacket inspired by one worn by Miles Davis in the ’60s. Since then, Needles has launched several collabs, including with ASAP Rocky’s creative collective AWGE.

What inspires the Needles clothing brand?

While American cultural movements—the work of actors, filmmakers, musicians, and artists—continue to inspire Shimizu, he uses Japanese textiles to design and create a range of eccentric yet uniquely American styles and sub-labels.

In 1971 at the young age of 13, Shimizu, living in Japan, it was hard to find information about men’s fashion. Turned to the only thing he could find – Men’s Club magazine; it covered western American Ivy League collegiate style, which inevitably had a strong influence on the Needles menswear designs ever since.

Where is Needles' clothing made?

While the clothing is a blend of American and Japanese influences, most of the Needles’ clothing is still made in Japan.

What are the sub-labels of Needles' clothing brand?

The sub-labels include Needles Sportswear, which produces consistently out-of-stock Needles tracksuits found on the likes of A$AP Rocky, as well as Needles Rebuild, a seasonal collection that “upcycles” old garments (vintage flannels and surplus fabrics) and stitches them together to create whole new deconstructed pieces.

What is the story behind the Needles brand?

Before starting Needles, Shimizu’s full focus was on Nepenthes stores, a boutique shop stocked with vintage and military surplus pieces sourced in the United States, along with labels like Ralph Lauren, L.L. Bean, and New Balance.

Although the Nepenthes store first started in Tokyo in 1989, Shimizu found himself traveling to the U.S. so much that he relocated to Boston and then New York, where the current Nepenthes store exists. In the ’90s, however, American factories were shuttering and moving overseas, making it more difficult for Shimizu to find American-made vintage pieces to stock in Nepenthes.

So in 1997, with over a decade spent sourcing materials from manufacturers all over the world, Needles was founded as an in-house brand to support the existing labels carried in Nepenthes.

After this, Shimizu moved to the U.S. He opened a Nepenthes office in Boston.

Launches the support brand Needles with Nepenthes as its parent company.

Continues to expand with the Needles brand in the U.S. and Europe.

Collaborates with a host of brands, including Dr. Martens, Vans, and Reebok.

Needles works on another collaboration with A$AP Rocky and AWGE, a second tracksuit collection.

The Needles SS22 collection is out, drawing on vintage 70s style.

For Fall/Winter, AWGE x Needles collaborated on a new version of the Needles tracksuit.

The Needles SS23 collection continues to build on 70s silhouettes.

What to Wear When You’re Sick of Sweatpants
StylesponsoredMarch 30, 2021

Here Are the Best Hoodies on Sale for Every Budget
StylesponsoredJanuary 21, 2021

Stay Cozy With These Must-Cop Beanies For the Colder Months
StylesponsoredOctober 6, 2019