In 2019, the rise of genderless fashion is the gift that keeps on giving. The last few months have seen traditionally female garments including purses and heeled boots emerge as the stand out pieces in some of the most talked about men’s collections. Now, we shine a spotlight on the skirt.

If you didn’t catch this trend in recent runway shows, from Eckhaus Latta to Craig Green and Maison Margiela, you’ll probably have seen some of the more headline-grabbing red carpet looks of Ezra Miller and Pose‘s Billy Porter. But the trend is not all that new, and though we could take you all the way back to the origins of Scottish kilts, designers such as Rick Owens and Raf Simons dabbled in this look almost a decade ago.

In 2012, in an interview with Paper magazine, Kanye West justified wearing a Givenchy leather kilt by saying, “When you sit down with Riccardo Tisci at the Louvre and he pitches the idea of you wearing a leather kilt, which could be considered by all of your gangbanging friends as some sort of a dress or skirt, at that point you are now a part of the fashion world.”

Today, the skirt is being integrated into designers’ collections with far fewer klaxons being sounded. Now more than ever – alongside 6 inch-high Margiela Tabis and Chanel purses – men with particularly fashion-forward style dispositions are embracing the trend off the runway with the intention of aesthetically elevating a ’fit, not to provoke a conversation.

And, if you like what you see, many designers have recently brought their offerings to the online storefronts of retailers such as SSENSE and H.Lorenzo, featured not in an all-new “men’s skirts” section, but side-by-side with more common pants cuts.

For a better insight into just where to start when opting for a decidedly more flowing bottom layer, we sent Highsnobiety’s resident trend guinea pig Noah Thomas (below) out to the fitting rooms.

“I love how in 2019 you can say ‘they had a skirt on, a crossbody, heeled boots, and amazing jewelry,’ and be talking about a man or a woman,” he says.

“Stefano Pilati presents the Random Identities products in such an approachable manner. I picked this skirt up and instantly saw the potential outfits in my head. After you put it on, you see why the bigger names in fashion have been doing it for so long – it’s easy and not at all restricting.

“To the many guys who are open-minded enough to at least give it try, Random Identities is probably your best option right now,” Noah continues. “Its skirts come in earth tones, the one I tried was a solid length, and it’s a very doable price.”

You can peep the aforementioned skirt in our selection below, alongside more renditions from Random Identities, Keenkee, Julius, and Rick Owens. Alternatively, if ditching pants altogether feels like a step too far at this stage, check out some happy mediums from labels such as 1017 ALYX 9SM and Kidill underneath.

FREE SHIPPING ON ORDERS OVER $500

FREE SHIPPING ON ORDERS OVER $500 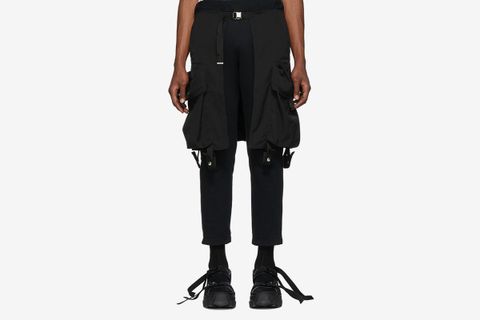 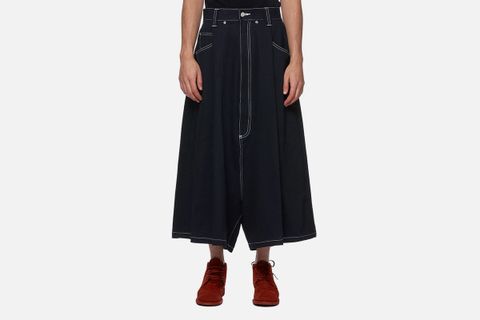 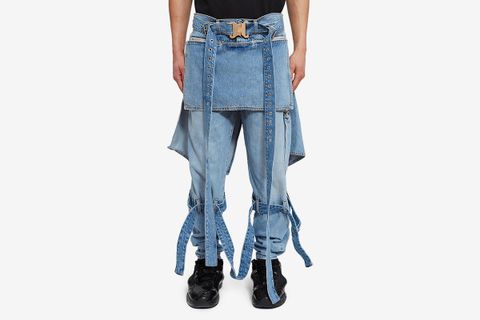 15 Drops
The 15 Best Products to Drop This Week & Where to Buy Them
SelectssponsoredJuly 21, 2019