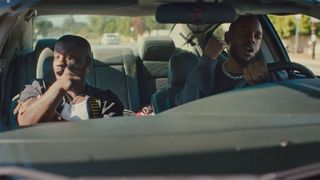 Jay Rock and Kendrick Lamar just dropped a brand new music video for “Wow Freestyle.” The track hails from Jay Rock’s recently-released Redemption album. Directed by Jack Begert, the visuals boast the TDE rappers rolling through Los Angeles before pulling up to a block party. The dynamic duo also manage to bust some serious moves over the song’s trunk-rattling percussion. Check it out above.

A few weeks back, Jay Rock shared the video from another Redemption track “Tap Out” featuring Jeremih. Revisit it below.

In other music news, Tory Lanez and Gunna have a hit on their hands with their new song “Miami.”