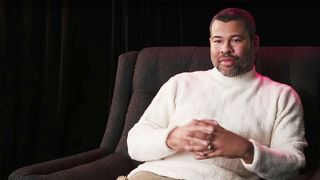 As his new horror movie Us continues to frighten moviegoers worldwide, director Jordan Peele sat down with The Wall Street Journal to nerd out over all things cinematically terrifying, listing his favorite horror classics and explaining his choices.

Peele also revealed his Avengers-style horror villain dream team: Freddie Krueger, the Candyman, a silver ball from Phantasm, Chucky from the Child’s Play franchise, and the Graboid sandworm from Tremors. He also noted “everyday objects used as weapons” as his favorite horror movie trope due to the spontaneity factor attached.

Watch Peele discuss his favorite horror movies in the video above and then check out his favorites in the list below.

“So scary, so inappropriate for how old I was, and yet I was able to watch it and understand it, and at the end of it, I felt less scared than I did before watching it, so that’s how I knew the power of horror.”

“In retrospect, it’s fairly bad, but it gave me a wrong sort of feeling. Those little things were so mischievous and so evil.”

“He’s not even evil, he’s just curious. You know you can’t talk him out of whatever he wants to do.”

“She’s the first black final girl that I can remember.”

“She did a perfect job of committing to the fear and from that, she brought the horror to the movie. Shelley Duvall, shout out.”