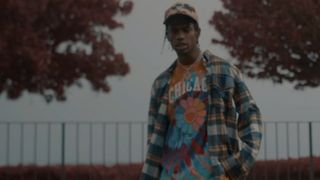 Fresh from appearing on Astroworld, NAV is back this week in support of his debut studio album, Reckless, unleashing the official music video for the Travis Scott-assisted “Champion.” The clip notes direction from Amir “Cash XO” Esmailian, featuring NAV and Travis at an oceanside estate.

The frequent collaborators filmed the video while in Hawaii, in between secret sessions for Scott’s recently released Astroworld. Sheck Wes, Gunna, and Don Toliver also star in the aesthetic.

Out now ? link in bio

“Champion” serves as the latest single from NAV’s Reckless, which you can stream below.