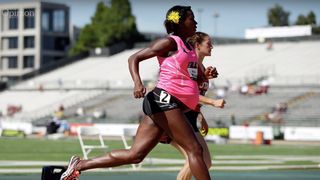 Nike has issued a statement promising to change its contracts for women athletes, after a New York Times video and op-ed published last week revealed that the company, alongside other athletic apparel companies, failed to adequately support women athletes during pregnancy and maternity leave.

After the video was published, Nike released a statement on its site that states it has always supported female athletes and is committed to continuing that.

Last year we standardized our approach across all sports to support our female athletes during pregnancy, but we recognize we can go even further. Moving forward, our contracts for female athletes will include written terms that reinforce our policy.

We want to make it clear today that we support women as they decide how to be both great mothers and great athletes. We recognize we can do more and that there is an important opportunity for the sports industry to evolve to support female athletes.”

In recent years many sponsors, including Nike, have rolled out hugely successful campaigns that to encourage athletes to challenge the status quo and resist antiquated gender roles. This Mother’s Day, Nike released their most recent campaign encouraging female athletes to “follow their dreams.”

According to the New York Times, when US national track champion, Alysia Montaño approached Nike to announce her pregnancy, she was told they would simply pause her contract. Despite her track record, she also lost her health insurance because, like many athletes in her position, she was unable to compete at the same level while having children.

Phoebe Wright, another runner sponsored by Nike from 2010 to 2016  told the New York Times, “Getting pregnant is the kiss of death for a female athlete,” and that “There’s no way I’d tell Nike if I were pregnant.”

Montaño explained that companies like Nike tell us to “dream crazy… We say, how about stop treating our pregnancies like injuries?” In the video above she invokes familiar slogans such as “Great athletes never back down” and that young girls can “do anything,” to address the practical need for maternity leave and health coverage for pregnant athletes.

Montaño is in many ways the embodiment of the Nike athlete, someone who pushes the limits both on and off the track. Despite the physical toll of pregnancy, she won a national championship at six months post-partum and another at 10, all whilst nursing and taping her abs together.

In the video, Montaño further explains how substandard health coverage puts athlete’s health at risk and that the confidentiality agreements that they are required to sign, impede their ability to properly address or even define the scale of the problem. Watch the insightful clip above.