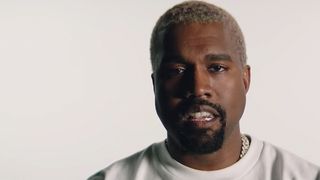 Kanye West has made his first guest appearance of 2019, featuring on up-and-coming Floridian rapper YNW Melly’s track “Mixed Personalities” from new album We All Shine, and appearing in the song’s video.

Nineteen-year-old Melly, real name Jamell Maurice Demons, released the album despite currently sitting in jail after being arrested on two misdemeanor drug charges at the start of the year. The rapper responded with an Instagram post saying he’d be out before his tour, which is due to start on January 27 in Atlanta.

Melly teased the collaboration late last year, posting a picture of himself and West on Instagram.

West dropped a lot of new music last year, including his own album ye and the Kids See Ghosts project with Kid Cudi. Fans are currently waiting for his new album Yandhi, which has been delayed twice. More recently, West reportedly pulled out of headlining Coachella because the festival wouldn’t provide him with a giant dome to perform under.

In other music news, we ask if 2019 will be the year Kanye West redeems himself.