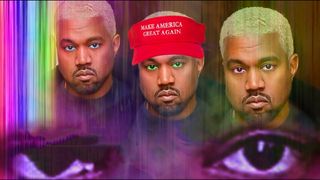 Perhaps because Kanye West has been relatively quiet on Twitter recently, YouTube channel Super Deluxe has put together one of its bizarre mashups to show how the political right in the U.S. has quickly jumped to support Kanye West, following his comments on slavery, Donald Trump, and Candace Owens.

Super Deluxe, home to legendary DIY icon Cheap Thrills, is notorious for taking a less-than-serious stance on, well, everything. That’s why it’s probably best to take this video with a large grain of salt, regardless of which side of the political debate you find yourself on.

That said, the video clearly shows the huge U-turn many conservative provocateurs have taken regarding West in the wake of his recent comments.

Watch the clip above and let us know your thoughts on the video in the comment section.

In other news, you can now take a look inside YEEZY HQ in Calabasas, California. Read more on that here.